Am I the only one that is getting confused by the increasing number of initiatives that the government is rolling out to encourage entrepreneurship? Or frustrated because they don’t actually seem to make a difference?

We had Business Link, then we didn’t, except it still exists as a “business advice and guidance service portal”.

The Small Firms Loan Guarantee scheme (SFLG) has been around for decades and continues to help companies that need a bank loan. Or it would if the banks fulfilled their part of the deal by releasing the funds.

To encourage them to do so the government set up Project Merlin last year whereby the banks agreed to lend £76B specifically to small firms. However it has been a failure and banks are still holding on to their money. Now Merlin looks like being dumped along with any credibility that the banks could have gained by making good on their promises.

For some time now we’ve had the Enterprise Investment Scheme (EIS) to encourage Investors, by giving them various tax breaks if they help to fund growing businesses.

In addition last year the Chancellor announced the Seed Enterprise Investment Scheme (SEIS) due to come into effect on the 6th April 2012. This is aimed at small start-ups and gives a 50% tax relief to Investors. I’ll do a write up of that shortly, but it looks promising in motivating Investors.

Enterprise Zones were introduced to mixed response and the jury is out on their long-term effectiveness.

The Government has pushed StartupBritain which they call “a national campaign by entrepreneurs for entrepreneurs, harnessing the expertise and passion of Britain’s leading businesspeople to celebrate, inspire and accelerate enterprise in the UK”. Fine words – but never-the-less just words.

Talking about fine words, recently the latest campaign is “There’s a business in you”, which provides inspiring stories and highlights support available. However most of the highlighted support simply takes you to the Business Link website.

Then there’s talk about cutting Red Tape. There is a “Red Tape Challenge”, where members of the public can suggest red tape to be cut and a “1 in, 1 out” idea that says if a department wants to bring in a piece of legislation, they must first remove one. Latest government news is that there have been 19 in and 33 out, saving small businesses £3.2 B a year. What shall we spend it on?

How about making tax simpler and easier to understand I hear you say. Well there’s a government office called “The office for Tax Simplification”. Yes there really is, let’s hope they are successful.

So is it all spin and gimmicks as some business experts have commented, or a well co-ordinated and ambitious campaign to release the entrepreneurial spirit in us all and make Britain great again? 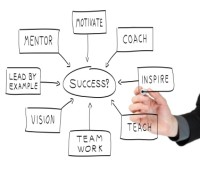 Company Partners has been a blessing for those businesses who are looking for business partners, mentors and investors, but what if you need to reorganise your business to make it more profitable, or to grow?

I’ve been helping companies that have approached us for a while now, but eventually there is only so much of my time available. Rather than continue to turn down requests, we’ve started a new division dedicated just to helping companies with their consulting needs.

Called, “Company Partners Consulting” – yes maybe a bit of an obvious name – I’ve gathered together the consultants that I most respected and that follow my own ethos of practical advice geared to getting results.

Since it is aimed at this stage at the UK, I’m using our www.companypartners.co.uk address – have a look, I’d be interested in your feedback.

So it is coming to pass. As I speculated back in March, the new government is to close Business Link.

Mark Prisk, the business and enterprise minister, has now said: “The regional Business Links have spent too much time signposting and not enough time actually advising,”

“We’re going to wind down the Regional Development Agencies, and as part of those, we’ll be winding down the regional Business Link contracts.”

The minister’s plan is to replace Business Link with a better state-funded on-line service, backed up with a call centre and more use of existing private business consultancies.

There was no time-table announced however and I wonder how they can do this in the short-term. For instance outsourcing giant Serco have only just taken over the running of the service in the south east in a three-year deal worth £80m and there will be contracts to supply the Business Link service through-out the country.

Whatever is implemented I hope it is done in a speedy fashion rather than dragged out. We will get to a position where Business Link services have to continue because the contracts are still in place, but no adviser wants to join them and the existing staff are demoralised because of the axe hanging overhead.

The planned on-line service replacement must be well thought out and effective. There is so much information on the web now days that just creating a government site that repeats this information will not do the job. It needs to be able to cover a vast range of issues in an accessible manner, catering from the inexperienced start-up, to established businesses looking for solvency advice.

Or should we be limiting the focus of such government advice centres. The original Business Link was set up to encourage new and very small businesses, but lately had targets set upon them that pushed their focus towards SMEs that had 5 – 250 employees.

There is an argument that an established business could better afford to engage consultancy advice from the private sector and that the free support (presumably on-line) should concentrate on start-ups and businesses with less than 5 employees.

I wait with baited breath to see the next set of announcements on timetable and focus areas for the new service. I just hope that like almost all government IT projects, the implementation of the on-line service doesn’t over cost and under deliver.

The Tories have vowed to get rid of Business Link, the government-funded business advice service in England, but what if anything will replace it?

Business Link has had over the years a mixed reputation. Your view of the whole organisation usually depended on which adviser you were allocated.

I certainly remember my original encounter with them. I was starting my first business, an IT consultancy and was looking for any advice and help I could get. Having made sure that I was at my free one hour consultation 10 minutes early, I sat kicking my heels until the adviser finally turned up 40 minutes late.

“I’ve been having trouble with the #%*! central heating, mate” was his reason; ironic really since his background and expertise turned out to be as a plumber. I then was entertained for 19 minutes by tales of his plumbing business, before being told the best thing I could do was to go on a business planning course. Since I’d just finished my MBA and had sat through more lectures on business planning than I cared to remember, I wasn’t feeling greatly helped.

I grabbed the last minute to try and describe what I wanted to do as a business, but he was only interested in getting me to sign his time-sheet to say I had received my advice.

However I have heard very encouraging stories from some of our members and so I try and remain positive, but I shall probably not shed too many tears if they do go. The question is what should replace them and what will happen to the £190m currently being spent on Business Link.

The view of the Conservatives, should they come to power, is that they will instead boost the role of the local enterprise agencies. These have services that overlap those of Business Link, but I have found these organisations to be quite confusing to young businesses.

Many are run by private companies and it can be difficult to tell which are commercial organisations looking for customers and which are non-profit. They also suffer from the old criticism of Business Link, before they started to get their act together, that there is no uniformity, each presents itself in a completely different way.

Now if we accept that we are not trying to put in place one uniform monolithic organisation, but to have individual local organisations that may be privately run, but meet certain standards and deliver a locally needed service that’s fine. However the public understanding of what a local enterprise agency is and does needs to be made clear.

Doug Richard, of Dragon’s Den fame, has the view that: “We must sweep clean the entire government funded industry of business support and leave behind solely an institution whose remit is to expedite and simplify the effort of small business to manage the burden that government places upon it.”

This implies that there are no government funded enterprise services, but that instead the government just concentrates on its own processes, making them easier for small businesses to deal with.

That is a reasonable argument, that entrepreneurs don’t any longer need all the information and services that ‘business support’ groups give out; after all we now have Google and the Internet. Just stand back and let us get on with it. Maybe using the funds instead to give tax advantages to start-ups.

I like to think that after the next election, whoever is in government would work on creating a ‘culture of enterprise’. This spans the entire spectrum of changing the perception and attitude of financial institutions to entrepreneurs, incentives to people starting a business and yes also reducing the red-tape.