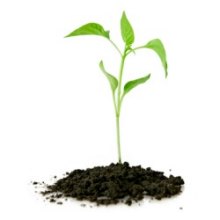 During the last few years businesses large and small have been fighting to stay afloat, but it looks as though the time for consolidation is over and you should be looking at preparing for growth.

Ditch the budget cuts, retain your staff and seek out growth opportunities wherever they may present themselves. That’s the message being evangelised by accountants, commercial lenders and industry association heads, with a recent roundtable discussion that took place in the City discussing the viability for SMEs of alternative lines of finance such as invoice discounting.

“The business consolidation cycle should have ended in 2010,” stated ICAEW’s Head of Business Simon Alsop at the event, with fellow participants agreeing that Britain’s avoidance of a new recession this year meant businesses should be less averse to risk.

That’s all very well, but whilst small businesses are sensing those all-important green shoots of growth, research has found that as many as 87% of businesses find traditional overdraft facilities restrictive, influencing the move towards the less well-known invoice finance routes.

Indeed, 44% of businesses surveyed said they would be more successful with more flexible, reliable funding. The situation is not new, however up until now widely available information on invoice discounting and related products have been relatively scarce.

It can be a good alternative to other ways of funding growth and now a new breed of lenders are making themselves known to SMEs keen to improve working capital and free up funds for areas such as mergers, acquisitions, international growth and human resource drives.

Deals are as large as they are frequent, with the disaster recovery specialists Prism Network on the receiving end of a £2m invoice finance deal to implement the next stage in its growth strategy, not to mention the £2.5m winging its way to cereals giant Dailycer for further expansion.

So what actually is invoice discounting? Very simply put, it involves providing a lender with recently raised invoices, with the lender then usually able to offer up to 90% of the total value of said invoices immediately. It is seen as an effective way of freeing up money without affecting any existing credit control procedures; a more organic way of growing a business.

The idea of organic growth was raised at the roundtable event, Cashflow Acceleration’s Glenn Blackman pointing to the “far bigger risks” associated with M&A activity, but stressing the need to always seek out growth opportunities ahead of competitors keen to do the same.

With overdraft facilities being slashed by still nervous traditional lenders, the appetite for viable alternatives is greater than ever. It could well be the time to explore the options presented by invoice financing and its associated channels.

At Company Partners we talk to a lot of Investors and we often get the same observations about what Investors like and don’t like.

Although I normally try and accentuate the positives to be learned, there are valuable lessons from the goofs to be avoided, here’s my top 8 mistakes when seeking an Investor:

Let’s face it, it’s hard to know what is needed or what to avoid when you are seeking investment for the first time and we shouldn’t diminish the hard work entrepreneurs do in looking to grow their business. It helps to learn from others mistakes though.